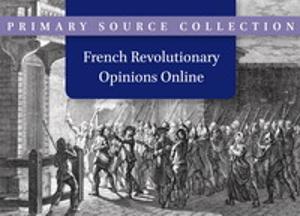 The present collection presents the entire corpus of all public interventions by representatives in the National Convention during the trial of King Louis XVI from November 1792 to January 1793.

Introduction
The trial and execution of King Louis XVI rank among the most spectacular events of the French Revolution. The trial in and by the National Convention was preceded by a number of personal errors of judgement by the king, compounded by political oversights and misguided actions (such as his failed attempt to flee the country in 1791, leading to his capture in Varennes in June 1791). Louis, mostly a feeble monarch and under the strong influence of a clique at court, could not decide on either endorsing or rejecting the revolution.

The war with neighboring European states resulted in a strong tendency towards radicalization, which made the monarch's fate a national French issue. On the morning of the March on the Tuileries (10 August 1792), the king put himself and his family under protection of the Legislative Assembly ( Assemblée Législative). Within a short period of time, the monarchy was abolished and France was declared a republic. The Convention imprisoned the royal family (Louis XVI, Marie Antoinette, their two children and the king's sister) in the Temple. In December 1792 the dethroned king was tried - not by the highest court in the land, but by the Convention itself. Accused of high treason and 'crimes against the state', found guilty and sentenced to death by a small majority, Louis died under the guillotine on 21 January 1793.

The arraignment of the King was essentially a political act. It resulted in completely opposite evaluations by both contemporary and later observers (as either a radical, Jacobin-inspired judgement, or as part of a royalist, posthumous ' Pantheonization'). Louis's execution remains an emotional affair in French history and society until this very day. The final judgement created a deep and lasting division in French society. A survey held in 1993, on the occasion of the 200th anniversary of the event, revealed that the majority of the people still regarded the king's death as a traumatic event; more than 60% of those polled would have preferred a humane sentence rather than the death penalty.

The collection
The present collection presents the entire corpus of all public interventions by representatives in the National Convention during the trial from November 1792 to January 1793. A six-volume compilation of speeches and interventions during the trial constitutes the nucleus of the collection. It contains some 300 original writings which originally appeared separately. Two other important items in the collection are contemporary source collections, published during and immediately after Louis's trial: the eight volumes of the Histoire impartiale du procès de Louis XVI by Jean-François Jauffret (Paris: C.-F. Perlet, 1792-1793), and the very rare seven volumes of Le Pour et le Contre. Recueil complet des opinions prononcées à l'Assemblée conventionelle dans le procès de Louis XVI (Paris: Buisson, Chaudé, 1793). Two important speeches in the king's defense, by Jacques Necker (1792) and Lally-Tolendal (Paris-London, 1793), make for a remarkable and representative compilation of contemporary documents on the king's trial.

The sources in the Zentralbibliothek Zürich relating to the King's trial were originally assembled in a private collection. It ranks among the most eminent of its kind in the world. The significance of the documentation on the trial can be explained by its double-sided character: on the one hand this documentation is a key source to enrich our understanding of the French Revolution, on the other hand it offers unprecedented insights into the creation of what can only be reconstructed as a pronouncement of state violence - a Jacobin manifesto aimed at the complete transformation of monarchic into 'democratic' rule.
Location of originals