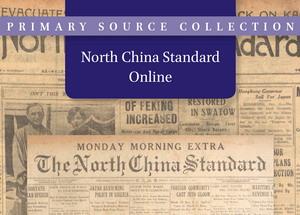 The North-China Standard (in Chinese, Huabei zheng bao) presented Japan’s case for expansion and leadership in Asia to a growing readership in post-WW1 China and Japan. Despite its mission to present the case for Japan in China, two of the Standard’s three editors turned this sometime ‘propaganda rag’ into a real newspaper. Under the editorship of George Gorman in particular, the North-China Standard engaged with polemic and debate about Japan’s role in China, serving its Chinese and foreign readerships conscientiously and intelligently. Today, the North-China Standard constitutes a valuable ‘inside’ source for scholars of Japan and China, and of the ‘scramble for China’ in the 1920s.