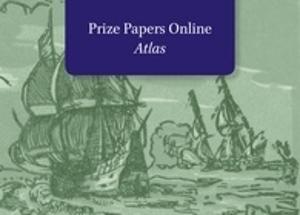 It is hard to underestimate the richness and value of the Prize Papers Archive, part of the archives of the High Court of Admiralty, kept in The National Archives (TNA) Kew. Regarded as one of the most valuable archives in the field of maritime history, this enormous collection is also of interest to social, economic, political and cultural historians. Documents pertaining to tens of thousands of ships – Dutch and French, Spanish and Portuguese, but also Danish, Swedish, German, Italian, and American – have been preserved. Because the Prize Papers are international in nature, they enable comparisons among different maritime nations. In addition to cargo lists, journals, booklets, customs papers, bills of lading, private letters, etc., all written in the language of the ship's origin, every ship's file contains at least one document in English: the records of the interrogations made by the Prize Courts of the captain and other crew members of ships taken as lawful prizes. In their interrogations of their captured crews, the English authorities posed questions interrogated about the ships’ origins, their routes and planned destinations, their tonnage and freight; they also inquired about the citizenship, national allegiance and personal migration histories of the crew members. The answers given, translated into English, were written down by professional secretaries. The resulting wealth of information is standardized in its presentation and is always in English, and thus is now widely accessible.

This project aims to find out more about how the movement of people employed in early modern Europe’s maritime sector was influenced by their skills, experiences and integration into successfully internationalised labour markets.

In early modern Europe, the maritime sector was an important part of the economy. With the increase of long-distance international trade between 1600 and 1800, the sector experienced considerable growth. It therefore attracted numerous migrant workers from rural areas to coastal or riverine urban ports, and facilitated contacts between people from different places, many of whom did not share a common mother tongue, religious affiliation or political allegiance.

We are interested in three aspects of this mobility, involving a substantial migrant population and spanning a large distance:
Did migrants who travelled long distances, and/or crossed political and cultural borders, have skills and characteristics which made them different from the non-migrants employed in the maritime sector? Here we examine literacy (assessed by one’s ability to sign one’s own name), numeracy (assessed by accurate reporting of ages in a population), age, marital status and occupation. These factors offer insights into the composition and representativeness of the migrant population in the maritime economy.

Do the social and cultural networks established in the maritime sector affect the patterns of mobility discernible in the behaviour of migrants and non-resident migrants? The owners of ships, the nationalities of crew members and the relationships among sailors can all have a bearing on who sailed where, for example, or in which port a particular sailor resided. We’re trying to unpack the familial, economic and pre-existing migrant-flow dynamics which influenced where people moved, why they chose to do so, and what they did when they arrived.

Did migration benefit the ships, ports and regional economies where it was most highly concentrated? We’re interested in better understanding how leading European economies in the early modern period attracted varied kinds of migrants and experienced different levels of migration. We look at labour productivity, human capital levels and urbanisation with regard to the characteristics of both the migrants and the natives, and the evolution of these factors over time.