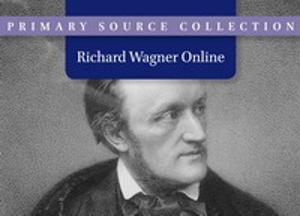 The bibliography on Richard Wagner is huge. He has stirred passions, love, and hatred in equal measure - sometimes (as in the case of Friedrich Nietzsche) within the same breast. It is a popular fact, especially among trivia fanatics, that more has been written about this composer than about almost any other human being except Jesus Christ. Wagner, never the most modest of men, would have been delighted (though he would probably have reckoned it as his due). The literature on Wagner really began at about the same time as his own literary output blossomed, namely after his flight from Dresden in the wake of the failed uprising against the King of Saxony.

His most important early apologist was his friend Franz Liszt, whose Lohengrin et Tannhäuser appeared in 1851. The literature on him swelled as his theories attracted more and more adherents and opponents, and has never ceased to grow. And yet, although the Wagner bibliography of his later years and of the years immediately after his death includes some of the most important writings on his life and work, many of these writings have remained difficult - and in some cases, well-nigh impossible - to obtain.

European Wagner literature
This edition presents a broad cross-section of the Wagner literature of the nineteenth century as held by the Zentralbibliothek Zürich, which possesses one of the world's finest collections of Wagneriana. The titles reproduced here cover the whole spectrum of European Wagner literature, from two of the earliest books on the composer - Liszt's  Lohengrin et Tannhäuser and Die Wagnerfrage of 1854 by Liszt's friend Joachim Raff - to a journal entitled Maandblad voor muziek ( Monthly music journal) that appeared in Holland in the late nineteenth century, but was in fact dedicated wholly to Wagner and his art. Of particular significance is the reproduction here of Mary Burrell's biographical fragment. Burrell was the most important, and undoubtedly the most successful, of the early Wagner researchers. Her marriage to a wealthy man freed her to pursue her studies of the master, though she retained a remarkable degree of objectivity, taking care to steer away from the hagiographic (one might even say, proto-Stalinist) line of Wagner's widow Cosima. Mary Burrell died early, having completed Wagner's biography only as far as the year 1834. As a monument to her and her work, her husband had this fragment published in a bibliophile edition of just 100 copies, in elephant folio. It contains facsimiles of important documents in a quality astonishing for the time, and has become one of the rarest, most sought-after (and most expensive) titles in the history of Wagner research. This edition now makes this available, and with it many other rare titles of the early Wagner bibliography, at a cost affordable to researchers and Wagner-lovers alike.

Wagner's Mein Leben, 1870-1880
'I dictated the records contained in these volumes, and they were committed directly to paper by my friend and wife, who wished to hear me tell the story of my life... the value of the autobiography collated here lies in its unadorned truth.'

Wagner's autobiography Mein Leben ( My Life) is without doubt one of the most significant literary documents in the history of Western music. But its first untruths are already to be found here, in the opening lines of its foreword. 'Untruth' is perhaps too strong a word. This book, which was dictated over a period of 15 years, mixes fact with fiction with breathtaking virtuosity, so that one can never quite be sure where the one starts and the other stops, or to what extent Wagner was himself aware of the merging of the two. For Wagner, historical fact (his 'unadorned truth') could sometimes be what he thought it was, or should have been, even if it wasn't. But this subjectivity merely makes his autobiography - warts and all - an even more important chronical of his life and work.

Work on the book
It was in fact Wagner's patron, Ludwig II of Bavaria, who expressed in a letter of May 28th, 1865 the wish to read about his life - though this wish was undoubtedly then echoed by Wagner's friend and lover (later his 'friend and wife'), Cosima. Work on the book began just a few weeks later. Although the fourth and last volume was not completed until 1880, the autobiography ends - tactfully, given the person of the man who commissioned it - with Wagner's being called to Munich by the young Bavarian king in 1864.

Printing history
The printing history of this autobiography is almost as fascinating as the story it tells. Wagner had the first three volumes printed privately by G. A. Bonfantini in Basle, in just 15 copies. The first volume was proofread by no less a man than Friedrich Nietzsche (who was at the time still in the thrall of the master). The fourth and final volume was printed by Th. Burger in Bayreuth in 1880. An edition of Mein Leben was published in 1911, and was soon translated into other languages and read all over the world. However, it had been doctored in order not to embarrass Wagner's heirs or offend the heirs of those whom he criticizes in the book. An edition based on the original manuscript was not published until 1963.

First edition
The first edition of Mein Leben is one of the rarest published documents of the nineteenth century. Of the original 15 copies, those that Wagner had given to selected friends were regained by Cosima after his death. Most were then destroyed (though, unbeknownst to Wagner, his printer Bonfantini had kept a private copy for himself). A mere handful of copies has survived in the great libraries of the world. Wagner scholars today use a modern edition based faithfully on the original manuscript. But as a source document, no modern edition can completely supplant the one whose publication was overseen by Wagner himself. Despite this fact, despite the first edition's bibliophile nature - and its value as a measure of Friedrich Nietzsche's proofreading skills! - it has not been reprinted in facsimile until now. This edition reproduces the copy held by the Zentralbibliothek Zürich, home to one of the finest collections of Wagneriana in the world. Almost 100 years elapsed between the commencement of Wagner's autobiography and its presentation to the world in a reliable edition; now, almost a century and a half after he began his dictation, his own edition of his memoirs is at last freely available to Wagner lovers and scholars.

The Writings of Mathilde Wesendonck (1828-1902)
Mathilde Wesendonck must count among the most famous women of modern times. Her liaison with Richard Wagner, and her immortalization through his five Wesendonck Songs - settings of poems she wrote and gave to him - have assured her a place in the history books. She is generally regarded as the inspiration for Tristan and Isolde and the Valkyrie. However, as her relationship with Wagner became a modern myth, interest shifted to the composer, with Mathilde herself receding into the background. The famous edition of their correspondence, which was first published in 1904 as Richard Wagner an Mathilde Wesendonck ( Richard Wagner [writes] to Mathilde Wesendonck), contains little written by Mathilde herself: almost all her letters to Wagner had been destroyed by his jealous second wife, Cosima. The book is thus little more than an interior monologue on Wagner's part, with Mathilde relegated to the role of largely silent muse. This could explain why Cosima allowed publication at all, for 'Mathilde as muse' is by necessity disembodied, de-sexed, no longer woman, but an invented figure that cannot really be a serious object of envy or sexual jealousy. Mathilde has lost her voice, so to speak, and become little more than a cipher.

Disembodied muse
This interpretation of Mathilde as a disembodied muse was reinforced by the fact that it corresponded with common opinion that a woman could never be much more than a useful appendage to a male genius. It also helps to explain why Mathilde's literary works have never earned anything other than mockery, even though her critics have almost certainly never read them properly. Their scorn has been copied and repeated for decades without further comment. And yet when Wagner published his Wesendonck Songs, he did not reveal the name of the poet, leading the general public to assume him to be the author. This naturally suggests that the quality of the poems was judged to be similar to that of Wagner's own literary works. Perhaps the scorn, then, is misplaced?

Mathilde's Works
We must not get too carried away in Mathilde's defense, however. She is not an undiscovered literary genius waiting to be presented to the world. Her poetic gifts failed her most when she was confronted by life's harshest blows (such as the death of her children). But she was a cultivated, intelligent woman who spoke and wrote several languages, and surrounded herself with men and women of similar taste and intelligence (her admirers included the composers Theodor Kirchner and Johannes Brahms, and the writers Conrad Ferdinand Meyer and Eliza Wille-Sloman). Wagner fell in love with her, not least because she was able to provide him with a higher level of aesthetic discussion than could his own wife. Her poems, short stories, and plays exhibit both expertise and good taste. They also testify to the interest in Germanic myths and legends that she shared with Wagner. Her works are peopled by Norns, Valkyries, water nymphs, and the whole panoply of Nordic gods (though her own dramatized version of the Siegfried story ends with his waking not Brünnhilde, but Sleeping Beauty). Mathilde deserves to be read, and heard.

Largest single collection
This edition presents facsimiles of the first editions of Mathilde's writings. These were published in small print runs and are available in only a few libraries scattered across the globe (this being perhaps the main reason why hardly anyone has read them: they are difficult to find). The largest single collection is in Zurich, so most of the editions here are from the Zentralbibliothek Zürich and the Zürich City Archives (the latter institution holds the biggest portion of Mathilde's estate). Commentators agree that, without Mathilde Wesendonck, the history of the music of the nineteenth century would look, and sound, quite different. And if her relationship with Wagner prevents us from reading her for herself alone, then we must at least read her in order to understand him. Even if our frame of reference remains fixed with a nineteenth-century bias, how can we comprehend the master if we do not understand his muse? But this edition does more than help us to understand Mathilde: it allows her to speak in her own voice again.
Location of originals