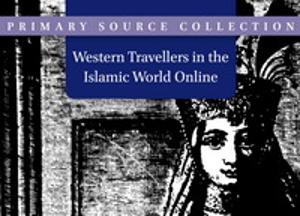 Accounts of travel are a popular and accessible source for research on historical relations between “East” and “West” and are attractive for specialists and non-specialists alike. In the pre-modern period a large number of such accounts were published all over Europe. Predominantly covering the Ottoman Empire, the collection also stretches into Ethiopia, Central Asia, Afghanistan, North Africa, and of course Iran.

These texts document the political, diplomatic, commercial, and cultural relations between the Islamic world and the West in the pre-modern period. Some focus on military conflicts, others on peaceful contacts, but all allow us to reconstruct the shifting images and biases in the West, concerning Muslims and the Islamic world, that are still relevant today.

Less often quoted, but equally interesting are the accounts of Palestine of Jewish travellers in the fifteenth, seventeenth and eighteenth century; Chandler's Travels in Asia Minor; B.E.A. Rottiers, Itin´raire de Tiflis à Constantinople; and Adolphus Slade's Records of Travel, and several accounts of travel to Afghanistan, Kurdistan, and Central Asia.